My book The Linux Philosophy for SysAdmins is now available in hardcopy (softcover) at Amazon.

Please note that for a couple days Amazon was fulfilling this via a third party storefront on Amazon. Amazon now has my book in stock and it is currently sold and fulfilled directly through Amazon.

I would appreciate any reviews you post on Amazon, good or bad. I am writing two new books and any feedback will be appreciated so that my next books can be even better. If you wish to contact me directly, please do so.

My book The Linux Philosophy for SysAdmins is now available in hardcopy (softcover) at Amazon.

Please note that Amazon is fulfilling this via a third party, Books etc._, a storefront on Amazon. I would appreciate your comments regarding your experience with them.

On Monday, October 22, from 12:45 PM – 1:15 PM, my publisher, Apress, will hold a “meet the authors” session at All Things Open in Raleigh, NC. Several authors of popular Apress books, including myself, will be available for questions and discussion. We will also be happy to sign books for you.

Authors present at this session will be:

We look forward to meeting you.

I am scheduled to present my talk, “Be the Lazy SysAdmin,” at the Ohio LinuxFest Saturday, October 13 (tomorrow as I write this) at 10AM in the Franklin A room. Due to circumstances beyond my control I am unable to be there in Columbus at OLF.

However, my presentation will still take place. I have arranged to present my talk remotely from my home in Raleigh, NC. This morning we tested our remote solution, right from Franklin A, and everything seems to be working perfectly. Of course things never work perfectly on the day of, so please bear with us if we run into any snags.

I am experiencing much angst at not being able to be there in person because I am unable to interact with you all as freely as I would like. We will have Scott Merrill in the room to help by passing questions to me and letting me know when you look bored or perplexed. ;-)

I hope you will understand my distress at not being there to meet with you face to face. I promise to do my best to make this the session you were expecting.

I have just signed with Apress for third book about Linux. With two books now in the pipeline it looks like I will be busy for a while. I do not have definitive dates when these books will be on the shelf but my schedule calls for the writing to be completed by Summer of 2019 for the first and Autumn of 2019 for the second. These books constitute a two-book series.

As soon as I can post more information I will.

Longevity – an interesting word. I use it here to help clarify some of the statements that I hear many people make. These statements are usually along the lines of, “Linux can extend the life of existing hardware,” or “Keep old hardware out of landfills or unmonitored recycling facilities.”

This is all true.

For one example, I have an old Lenovo ThinkPad W500 that I purchased in May of 2006. It is old, and clunky, and heavy compared to many of today’s laptops, but I like it a lot and it is still my only laptop. I take it with me on most trips and use it for training. It has enough power in its Intel Core 2 Duo 2.8GHz processor, 8GB of RAM, and 300GB hard drive to support a couple virtual machines and be the router and firewall between a classroom network and the Internet, to connect to a projector to display my slides, and to use to demonstrate the use of Linux commands. I currently use Fedora 28 on my laptop, the very latest. That is pretty amazing considering that this laptop, that I affectionately call vgr, is a bit over 12 years old as I write this in September of 2018.

Linux can most definitely keep old hardware useful. I have several old desktop workstations that are still useful with Linux on them. Although none are as old as vgr, I have at least one workstation with an Intel motherboard from 2008, one from 2010, at least three from 2012.

Another reason that I can keep old hardware running longer is that Linux is very resistant to malware infections. It is not completely immune to malware but none of my systems have ever been infected. Even my laptop, which connects to all kinds of wired and wireless networks that I do not control, has never been infected.

Without the massive malware infections that cause most peoples’ computers to slow to an unbearable crawl, my Linux systems – all of them – keep running at top speed. It is this constant slowdown, even after many expensive “cleanings” at the big box stores or the strip mall computer stores, that causes most people to think that their computers are old and useless. So they throw them away and buy another.

So if Linux can keep my 12 year old laptop and other old systems running smoothly, it can surely keep many others running as well. Including yours.

Linux is 27 years old today. Happy birthday Linux and thank you Linus Torvalds for giving us a real operating system to use on our computers. I have used Linux for over 20 years and I cannot imagine using anything else on my computers.

I have never used Windows as a primary operating system on any of my many computers. I started with DOS, then went to OS/2, and then to Linux. To be completely honest I do have one VM with Windows on it that I use for research for articles and books. But I keep it tightly caged in that VM. ;-) 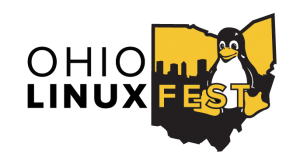 I will be speaking at Ohio LinuxFest this year which runs October 12-13 in Columbus, Ohio. My talk is titled, “Be the Lazy SysAdmin,” in which I discuss ways for SysAdmins to work smart not hard.

The schedule has not been posted yet so I don’t know when I will be speaking but I will post here when I get that information.

Abstract:
I am proud to be a lazy SysAdmin. I am also a very productive SysAdmin. Those two seemingly contradictory statements are not mutually exclusive. This session will show you why this is true and introduce you to some easy to implement strategies to help you achieve this advanced state of SysAdmin zen.

* Automate everything
* Use built-in Linux shortcuts such as aliases and command line editing
* Naming files for easy recognition.
* Documentation makes everything easier.
* Use your favorite editor.
* Find elegance through simplicity.
* Follow your curiosity.
* Mentor the young SysAdmins.

By the end of this session you will be able to use these strategies to get more done by working lazier.

I look forward to seeing you there.

The author’s hard copies of my book, The Linux Philosophy for SysAdmins, showed up on my front porch yesterday. The hard copy does appear to be available at Apress and on-line at Barnes & Noble but not yet at Amazon. Amazon is showing availability in February of 2019 but I think it will actually be available sooner. I need to check the local B&N store and see if they have it in stock.

This is all quite exciting for me as an author. I wrote a couple chapters for a book on OS/2 many years ago, and I have written for various publications such as Linux Journal, Linux Magazine, and Opensource.com but having my own book published is amazing.

I am looking forward to your feedback. I hope you will purchase my book, if you haven’t already, and leave a review on Amazon, Barnes & Noble, or Goodreads. If you may email me directly at LinuxGeek46@both.org with direct feedback such as errors and typos. If I do not respond, it may be because my server has blocked your email for some reason so contact me on Twitter @LinuxGeek46 and let me know of the problem so I can whitelist you.

My book, The Linux Philosophy for SysAdmins, is now available for purchase in epub formats on line at Apress and Amazon. The print version is coming soon.

Now that I have finished the final proofs for The Linux Philosophy for SysAdmins, I am looking ahead to what might be next. Although I plan to be active with Apress in promoting “the Philosophy,” I have some things in mind for what comes next. I am currently talking with Apress about a couple more Linux books. I can’t say anything more at this time but I am excited about the prospects for this new project. I will keep you informed as much as possible about this.

Apparently finishing one book leaves one thinking about what to do next. And here I thought that being retired would put an end to deadlines. Hah! Silly me.

Today I finished a second round of proofs for my book. There were just a few things that needed more correction on the first set of proofs that I could not do with the web-based proofing system that my publisher is using. So the production team made the changes very quickly and sent me a complete PDF of the book to verify the corrections that they made. Everything looks good so things are now completely in the hands of production.

The Apress folks have been very easy to work with. Quite a pleasure to say the least.

Now I just get to wait until the book is published. September 21 is the target date.

Due to some apparent data corruption in the MySQL database that stores the page and post content for this web site, the static pages were temporarily unable to be viewed. The data appeared to be there but it could not be displayed.

I was able to fix this problem by restoring the MySQL database files for this web site from backups that were three days old. Newer backups that I tried were also corrupted. After copying the data from the backups I make every day with a script I wrote that uses the rsync command, I restarted the MySQL database daemon and everything was back to normal. Unfortunately I did lose a couple posts but everything else including all of the static pages was there again. And no reboot was necessary!

The content of the missing posts was short and basically stated that I have finished revising the proofs of my book, “The Linux Philosophy for SysAdmins.” Other than that nothing is missing.

My forthcoming book has a chapter entitled, “Back up Everything – Frequently,” which covers backups in some detail and includes a link to a GitHub repository with a copy of my backup script. I was able to recover from this problem – and prevent it from being a complete disaster – because I followed the tenets of the Philosophy that I write about in my book.

I hope you will read it when it comes out this September 21.

The Apress production team has sent me the link to the on-line proofing site for my book. I started working on these proofs today and they look very good with only a few very minor changes to be made. The schedule calls for the proofing to be done by Friday and I do not think I will have any problem with making that deadline.

There is no reason for any individual to have a computer in their home.